Editor’s Note: This story was originally published in April 2017 on the master gardener’s Facebook page. It was so popular, we’ve re-posted.

Spring caterpillars have arrived and they’re famished. And your trees are the le plat du jour. Fear not! The birds are on it.

Spring is here and that means open season on trees. That’s right, spring caterpillars have arrived and they’re famished. And your trees are a bountiful buffet.

But before you bother about banishing them, console yourself with this knowledge: Songbirds are nesting right now and many depend on these caterpillars as a food supply for their young.

A spring with many caterpillars is a great year for the birds!

The seemingly endless supply of fat, juicy caterpillars ensures strong and healthy fledglings. On top of that, young birds right after they fledge have very high mortality. The pesky caterpillars are an easy food source and give them a greater chance of survival.

Now, allow me to introduce you to the three kinds of wolfish wormlike larva feasting on your trees.

The small, green ones with blackheads are officially known as oak leaf rollers (Archips semiferana). Spring inchworms are also called spring cankerworms or spring loopers (Paleacrita vernata). The dark ones with dots and two blue stripes on their backs are forest tent caterpillars (Malacosoma disstria) (no, they don’t make tents).

All three have only one generation per year and will be gone by early summer.

These caterpillars have quite the appetite and can consume all the leaves from an entire tree. While this is rarely fatal, it does cause a certain amount of stress. A defoliated tree will use up its reserve food supply growing a second set of leaves. Oak trees, in particular, are more easily stressed and susceptible to other pests.
All insects go through cycles the caterpillars seem especially cyclical. These three are probably abundant because of the relatively mild weather and ample moisture.

They all have similar life cycles in that they all hatch from eggs that are laid on twigs by female moths. But the oak leaf roller and forest tent caterpillar moths lay their eggs in late May, where they spend the summer and winter. The cankerworm spends the summer and winter as a pupa or cocoon before hatching in late February as an adult moth. Adult female cankerworm moths are wingless and they crawl up the trunk of the tree, mate, and lay eggs.

All three caterpillar species emerge in March to begin the feasting!

When you see a caterpillar floating in the air, it’s probably mature and finished eating leaves. They produce a silken thread to lower themselves from the tree canopy to the ground where they pupate and hatch into a small, non-descript moth either in a few weeks or the following spring. The severity of next spring’s outbreak will depend on predation and climate conditions between now and then.

Valuable yard or orchard trees that sustain severe leaf defoliation from any of these worms can be treated with a slow-release or organic fertilizer.

Apply the fertilizer in a circular pattern or grid pattern underneath the area of the outermost limbs (or drip line), away from the trunk. Trees with heavy caterpillar populations also benefit from monthly, deep watering during severe drought conditions.

Of course, pesticides are generally not recommended because the songbirds are doing their part to control the caterpillar population. 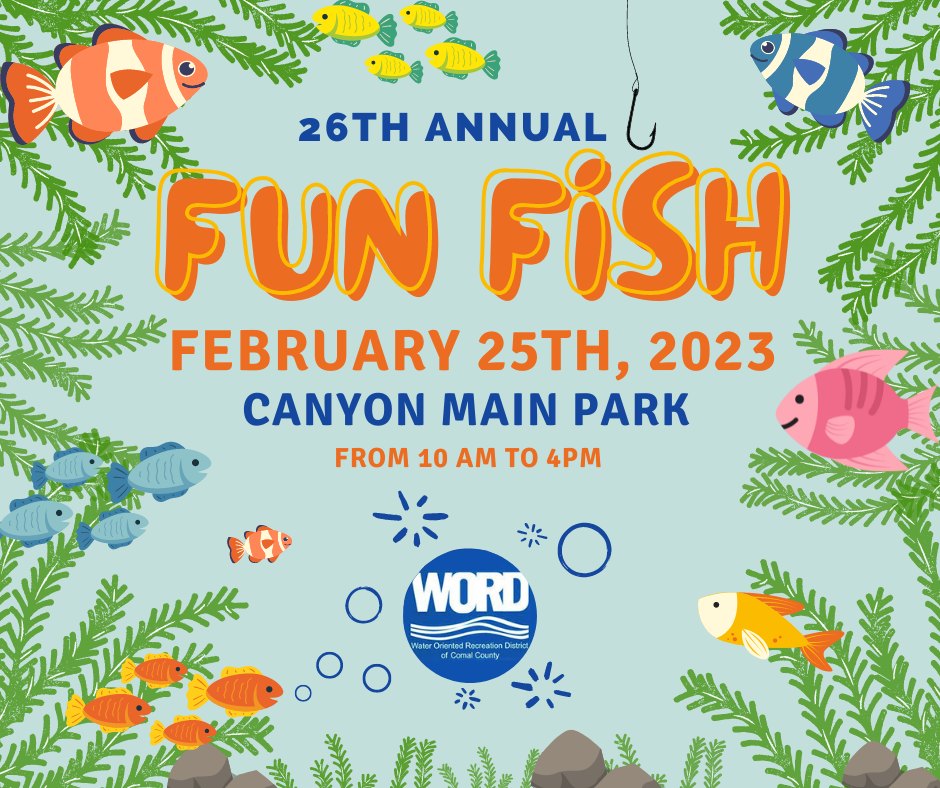 Free fishing event for kids ages 3-16.Canyon Park is a 485-acre park located on the north shore of Canyon Lake. Canyon Park has picnic sites, one boat ramp, a pea

Canyon Park is a 485-acre park located on the north shore of Canyon Lake. Canyon Park has picnic sites, one boat ramp, a pea gravel-and-sand beach, and restrooms.

Visit wordcc.com for updates about the event. 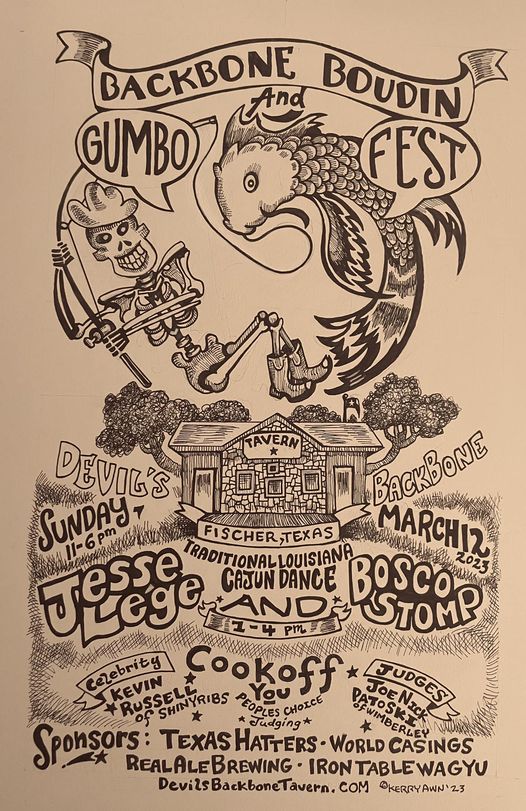